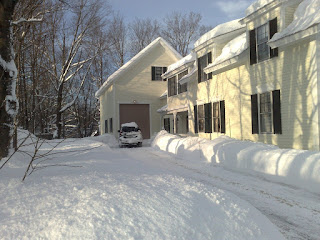 In the interest of disclosure, I am a Director, and one of the founders, of Maine Energy Systems.

For nearly two years, I have worked with Les Otten and Bill Strauss to create Maine Energy Systems, a company introducing and distributing fully automatic, European, residential pellet boilers to the US market and establishing bulk pellet distribution systems to support pellet users. There are many stories to be told about the company’s creation which range from the importation of German/Swedish equipment to the design of trucks for bulk home delivery to the design and construction of pellet storage bins and to the design and construction of fuel distribution depots. I’ll tell those stories at another time. Right now, I’m obsessed by the new pellet boiler in my basement. 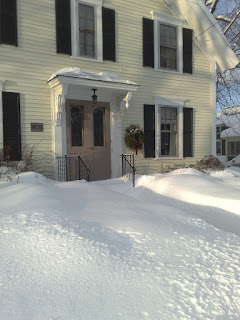 Our typical New England frame house was started in the 1840’s and put in its current condition 130 years later. It has 3600 to 4000 square feet of living area, including six bedrooms upstairs. It has reasonable windows and good cap insulation, but it not hyperinsulated. A heating contractor computed heat loss for the house at 106,000 BTU/hour.

For a couple of weeks a local heating contractor came to my house evenings and installed a MESys 4000, a four-section cast iron  boiler with the Swedish Janfire NH pellet burner manufactured by Bosch for Maine Energy Systems. Kaes, an engineer at the office, and I installed a 3.2 ton fabric storage bin in the basement in less than an hour and a half. About two weeks ago, we filled the storage unit with pellets and fired up the boiler system. The Janfire NH burner has many adjustable parameters to help arrive at efficient burning with different fuel qualities.

I set the known net energy and density values for the Energex pellets I was using, increased the ashscrape cycle time by 3 seconds, and left all other values at factory defaults when starting the burner. The system came up as it should and within twenty minutes was carrying the heating and domestic hot water needs of my large house on a day when the outside temperature was 10 degrees Fahrenheit. A later test of efficiencies on the modulating system showed 86% efficiency at low fire rates (30,000 BTU/hour) and 83% efficiency at high fire rates (51,000 BTU/hour).

This installation was accomplished and will be monitored through the winter to see if we can understand the European assertion that reducing common American boiler sizes by 50% when installing pellet boilers will meet heat and domestic hot water demands. Their claim is based on the continuous modulating operation of these solid fuel boilers.

Since the claims sounds a bit too good to be true to me, I’ve installed a 51,000 BTU/hour boiler in my house, which has been heated for the last four years with a new Buderus/Riello 215-5 oil boiler system producing 180,000 BTU/hour. I doubt that it can carry the house and domestic hot water needs during the depth of the winter, so I have installed it in a system including the 40 gallon Buderus indirect hot water tank, and the Buderus 215-5.

The information that’s available to the user to see fascinates me, so I look at this boiler several times a day and have learned lots about pellet heating and about my house that I never knew. I’ll provide lots more detail in future posts.